Chinese dictionaries list words by their radicals, or their root characters. It makes it easier for you to look up several words with the same radical and teach yourself some new vocabulary. Here are some fun facts about how many Chinese characters there are:

Technically, the real answer to the question "How many Chinese characters are there?" is 54,678 because the variants don't really count. But don't let that scare you! Chinese schools in China only teach between 6,000 to 8,000 words. And to socialize, you only need to know between 2,500 to 4,000 characters.

The best way to learn a foreign language is through immersion. If you study Chinese in China, you will learn faster from daily conversation and understand how to speak spontaneously while your range of vocabulary naturally increases. You will also learn historical facts, customs, and traditions about the culture that you couldn't without immersion. Such nuances are important for social interaction.

Chinese is one of the world's most interesting and beautiful languages. Most students learn Mandarin, and the best place to do so is in Chinese language schools in China. Not only is Mandarin the standard Chinese dialect, but it is also the most spoken language in the world with 1.1 billion speakers. It tops English, which has 983 million speakers.

Knowing a language that people recognize around the world will open doors for you that you never thought possible. And there are tangible benefits to knowing a foreign language: A sense of multiculturalism, greater confidence, more multitasking skills, better career opportunities, higher creativity, and sharper cognitive thinking.

it is easy to study, work or volunteer and learn Chinese at the same time with the following programs:

The Creation of the Chinese Alphabet

One of the unique aspects of the Chinese language is that there are six types of Chinese symbols, which makes the Chinese alphabet seem even more complex than it actually is. Another aspect is that one radical (root) can be used to create several words and express a variety of meanings. That is why the Great Compendium of Chinese Characters has 54,678 characters, the Dictionary of Chinese Variant Form has 106,230 characters, and a modern dictionary has up to 20,000 characters. All Chinese characters are logograms or logographs; that is, they each represent words.

Hieroglyphs or pictographs: Simple pictures of objects which represent words, syllables, or sounds.

Ideographs or semantic compounds: Symbols which represent the meaning of a word. They are abstract concepts which combine two or more pictographs with either one following the other or the second having a special placement within the first to change the meaning.

Ideograms or combined ideographs: Ideograms represent words, syllables, or morphemes (the smallest grammatical unit of a language). The Chinese language has about 1,200 syllables according to Jerry Norman of the book Chinese(2008, Cambridge University Press). Ideograms differ from ideographs in that they combine two or more pictographs or ideographs to create new meanings. They are also written differently with the pictographs or ideographs being one on top of the other.

Phonograms or phonetic compounds: Words that are actually a combination of a pictogram and phonetic character, or two logographs, to create new meanings. They contain two parts: One is the radical element showing the meaning, and the other is the phonetic component showing pronunciation.

Transfer characters:Interchangeable characters which have the same radical and meaning, but the words themselves are different. It's like how English speakers sometimes say "old man" or "dad" instead of "father," though all have essentially the same meaning. For example, Chinese has six words as a variation on "father," and all contain the radical 父 (fù)

Loan characters:Words for abstract concepts where the character from one word acquires another meaning to create a new word.

The History of Chinese Characters

Peking Man has given scientists important clues about the origins of human language, especially such a phonetic language as Chinese. The creation of Chinese characters was a long and gradual process which people engaged in all across ancient China. It is for this reason that the Chinese language is deeply interconnected with Chinese philosophy and medicine.

First, people created Chinese symbols from family or clan emblems to decorate everyday tools. They formed them from simple drawings of animals and nature. Their meanings were visually obvious to everyone regardless of blood relations. That is why even today, people speaking different Chinese dialects can understand each other through writing Chinese characters.

The creation of oracle bone script was next. People used this system to write the script onto turtle shells and animal bones, and then heat them until cracks appeared. They would then interpret the patterns for divination purposes, such as predicting the weather. If you’ve ever heard of the system of Feng Shui, its energy map mimics the markings of a turtle shell. The name itself literally translates to "wind water."

After oracle bone script came rebus writing, where the symbol for one word is the same as another word with a similar sound. It was extremely easy to use this since Chinese is a very monosyllabic language. With rebus writing, a particular Chinese symbol would represent an object, while a verb, pronoun, or another word would use the same symbol because the pronunciation of the word had the same sound or a similar sound. An example of this is the Chinese symbol for “cauldron” (teŋ) also meaning “to divine” (treŋ).

Next came the practice of polysemy, or using the same Chinese symbol for two words with different sounds that share a similar meaning. One example is the Chinese symbol for “eye” (mù) being the same as that for “to see” (kàn), because you use your eyes to see. Another is that for “mouth” (kǒu) and “name” (míng) since you use your mouth to say names.

Lastly came the creation of compound Chinese symbols. People added extra symbols called “semantic determiners” (radicals) to correctly interpret texts. This was how they distinguished “to divine” from “cauldron” without any ambiguity. They would also add “phonetic complements” (phonetic compounds) to distinguish words with similar meanings but with different pronunciations.

Chinese characters were developed into several different styles, or scripts, over time:

Comparison of Chinese characters for "autumn" (via Wikimedia Commons)

It was the aim of the emperors to emphasize the importance of literacy and education. The upper classes refined the writing of Chinese characters into an art form. They created Traditional Chinese characters, while the government of mainland China later created Simplified Chinese characters. Both are still in use today.

Understanding the Pronunciation of the Chinese Language

Another aspect of the Chinese language is how vowel tone changes the meaning of a word. There are four tones for syllables: high level, rising, falling-rising, and falling. For example, "Ma" can mean either mother, hemp, horse, or scold, depending on whether it is pronounced as mā, má, mă, or mà. Each word is also written differently.

At the same time, a single logogram can either have a very specific meaning or a range of meanings, depending on context and pronunciation:

Fortunately, the Chinese language does not have grammatical gender, noun cases, or verb conjugations.

What about reading a newspaper? You can read 90% of it with less than 1,000 characters. A minimum of 2,000 characters is even better, but you should know between 2,500-3,000 to include some of the less common characters without needing a dictionary. All of those numbers put you at a conversational level of fluency.

A Chinese language course in a China university will prepare you for a wide variety of situations and encourage self-sufficiency with knowledge of 2,600-8,000 characters.

Different university options for Chinese language programs in China are:

If you learn Chinese in China, you only need to know 2,600 characters for the Chinese language test, the Hànyǔ Shuǐpíng Kǎoshì (HSK). HSK Test Preparation in China considers your proficiency level, while your HSK score is useful for university admissions and job applications. All Chinese-taught programs require a passing score on the HSK test.

The List of Frequently Used Characters in Modern Chinese contains 2,500 characters people use often, plus 1,000 which are less common. You would only see most of the tens of thousands of Chinese characters -- really, minor variants of the same characters -- if you study historical texts. It is safe to say that you need to know between 3,000-4,000 characters for functional literacy; 2,500 for almost 97% of everyday writing, and 3,500 for over 99%.

Does that seem like a lot? If you understand that many characters, you would actually be at a level between a conversational and moderate proficiency, and such a rule goes for pretty much any foreign language.

How much Chinese do you need to know for specific situations? The average educated Chinese person knows around 8,000 characters. The Table of General Standard Chinese Characters has 8,105 characters, with 6,500 being common.

You need to know about 6,000 characters to be familiar with business and place names, restaurant menu items, etc. That gives you a moderate to advanced level of fluency.

One of the changes the Chinese language has gone through is the simplification of its characters to create a standard system and encourage literacy. It means that students don't need to use as many strokes to create the words and hence, they have less complicated characters to remember. Over 2,200 Chinese characters have been simplified since 1954. Since Simplified Chinese started in the 1950s, older people are more familiar with the traditional characters and younger people with the simplified.

Chinese characters are written in the opposite direction from Western characters; that is, they are written in horizontal lines from right to left instead of left to right. However, people sometimes write them from right to left in vertical lines or left to right in horizontal lines. Taiwanese people often write them vertically.

The Value of Understanding Chinese Characters

Understanding Chinese characters is incredibly helpful if you're learning from native speakers in China or conversing with them online. It leads to a deeper comprehension of the differences in meaning between words that sound or appear the same as well as cultural nuances that are best recognized in context. Even two people who don't speak the same Chinese dialect can understand each other through writing. Understanding a bare minimum of 2,000 Chinese characters is essential to learning the language because it is so literary and visual. 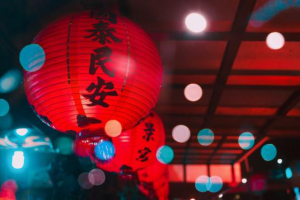