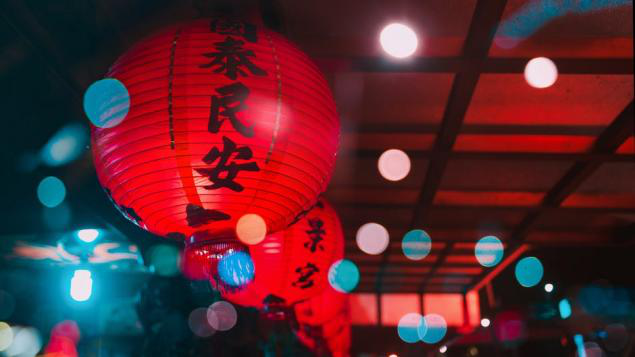 Learning a new language is always daunting. With so much vocabulary to take on board, so many idioms to get to grips with, and a whole world of new meaning to delve into, it is easy to see why so many people feel overwhelmed at the prospect.

When it comes to learning Chinese, this feeling is heightened. While the average American will be able to read a word in French or German and have a pretty good shot at pronouncing or even understanding it, the same cannot be said for reading Chinese words. Chinese writing, after all, is far removed from the Latin alphabet that many learners are used to.

Getting to Grips with Chinese Writing

So how do we overcome this anxiety? Well, we can begin by taking a look at a handy Chinese character list which will provide an understanding of some of the most common Chinese characters you are likely to encounter. This list will also include the pinyin for each character, which is the representation of Chinese characters in the Latin alphabet. For example, 北京 becomes Běi Jīng, or Beijing, in pinyin.

Getting to grips with these characters will be an important step on the road to learning and becoming proficient in Chinese. These are characters that you will see every single day on an internship or gap year program in China, and which will act as your entry point to Chinese writing. With this base level of understanding established, you'll be able to reach ever higher and further, into this fascinating and ancient language.

How Do We Know Which Characters are the Most Common?

Of course, there are many Chinese characters - more than 2400 basic characters, and over 5000 characters in total -- and the average Chinese speaker will use hundreds of characters each day. So, how can we tell which ones are the most common?

For this list, we will be using Jun Da's Modern Chinese Character Frequency Guide -- a fascinating look at the usage levels and patterns of almost all characters in the Chinese language. We won't be delving too far into this just yet. Instead, we'll be giving you a basic rundown of how to recognize some of the most common Chinese characters out there.

The Chinese Character for Love

The Chinese character for love is 爱, pronounced ài, using the descending fourth tone. This tone is not, however, exactly the same as a descending fourth interval in Western music: two separate notes a fourth apart.

In the Chinese system, the pitch drops within the tone itself -- much like a portamento in Western music. You can learn more about Chinese tonal pronunciation on Chinese Pod's helpful article, "Tones."

You might want to use ai in the sentence "I love you." This is constructed in much the same way as the English version;

你 - nǐ (pronounced using the same third tone as wǒ) - "You" in English.

The Chinese Symbol for Family

The Chinese symbol for family, or home, is 家, pronounced jiā using the flat second tone.

When used on its own, 家 refers to one's home. When referring to family, it is commonly combined with other characters. For example;

I Miss You in Chinese

The sentence "I miss you" in Chinese is constructed in much the same way as "I love you," however, ài is substituted for xiǎng, "to miss [someone or something]."

The character for "miss" in Chinese is 想, xiǎng, pronounced with the dipping third tone.

As you might expect, the Chinese sentence for "I like you" is constructed in the same way as the sentences for "I love you" and "miss you." However, there is one subtle difference, and this lies in the Chinese word for "like."

The Chinese word for like is 喜欢, which is as you can see is made up of two characters rather than only one. This is pronounced xǐ huān, using the dipping third tone for the xǐ and the flat second tone for the huān.

It is not unusual to find it difficult to write and read Chinese characters, particularly if your native language utilizes an alphabet rather than a character system. It is also likely that you will find some characters easier to write and to recognize than others.

For example, the Chinese characters 人 -- rén, meaning "people," and 大 - dà meaning "big" -- are straightforward characters which are easy to spot. Even a character like 太 - tài, meaning "too," as in "this is too hot" -- which looks very similar to 大, dà, but includes an extra stroke -- will not be too difficult to recognize after some practice.

Similarities between characters can cause difficulties when the characters in questions are a little more complex. For example, the character 昆 - kun, as in the city, Kunming -- looks similar at first glance to the character 民 - mín, meaning "people," as in 人民广场, rén mín guǎng chǎng, or People's Square. This is where recognizing the context of the word can be very helpful when you are beginning to learn Chinese characters.

However, some characters are difficult to learn because they are so complex. A Chinese character is made up of strokes. For example, a simple character such as 人 requires only two strokes on the paper, while a more complex character like 南 - nán, meaning "south" -- will require nine strokes.

When Chinese Writing Gets Complex

And it can get much more complex than this! The Chinese word biáng, used to describe the popular Shǎnxī province noodle dish, biáng biáng mian requires an astonishing 57 strokes. Take a look at this one below. 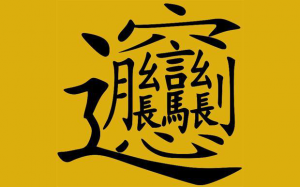 Modern Chinese writing is far simpler than traditional Chinese, and so many of the more extreme characters are no longer used in everyday life. For example, the character zhé, meaning "verbose," required 64 strokes. Students interested in learning Chinese in Beijing, Shanghai, Nanjing, or elsewhere will probably breathe a sigh of relief when they discover it is now obsolete.

Just because modern Chinese is simplified, however, doesn't mean there are not still tricky characters to tackle. Take a look at nàng, a word used to describe the muffled sound of a voice when you have a cold or a blocked up nose. This one requires 36 strokes on the page. 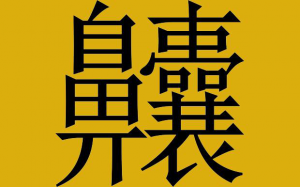 Now that you have got to grips with these ten most common Chinese characters, you can start to add more to your repertoire. Below are more of the most common characters you are likely to experience every day on an internship in China.

So, by now you’ve not only made the first steps on your journey to proficiency with Chinese writing and reading - you’ve made giant leaps toward your goal. What comes next? Well, as with any language learning process, you need to keep practicing and keep adding to your vocabulary.

Here at Go Abroad China, we can help you. Browse our articles online for more support and resources designed to make your learning journey easier, or get in touch with our team to find out more.

Cantonese vs Mandarin: The [7] Main Differences Between Them