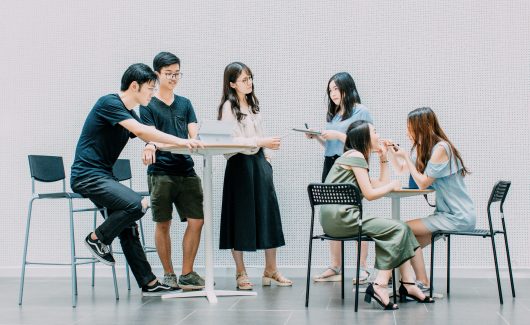 If you are foreigner doing a Chinese internship program then you need to understand and learn about the concept of guanxi and face in Chinese culture.

The practice of guanxi dates as far back as the Chinese have been engaging in business dealings; it is a word that means relationships or connection. In the olden days, Chinese relied on building relationships with other business people to create that network and support system with each other since aid coming from governmental organizations was very limited. This was how people survived in business, by cooperating and supporting each other’s business and maintaining good relations with people even when a deal has been completed, based on the belief that at some point, we all need each other somehow.

One must understand that the concept of guanxi actually is not a separate entity; it is a part of Chinese life and cannot be viewed as a separate thing on its own. Working relationships are built and maintained over many years.

If you wish to succeed and learn more about business internships in China, the significance of guanxi in Chinese culture is something that you need to fully comprehend. For example, your internship company most likely has several close connections with others if it is run in conjunction with some important traditional Chinese ways. Observe and learn how they carry out their business engagements.

To help you understand the concept of ‘Face’, imagine it as your reputation and proof whether you are trustworthy enough for people to do business with. Face can also represent your self-image and worth. Notice that guanxi and face are closely linked in Chinese society; preserving or keeping face means that you are keeping up a good reputation and a name for yourself as somebody who works well with other people.

To avoid losing face, avoid taking advantage of other people, don’t burn bridges, do honest business dealings and be a person of your word. Some dare say if face has been lost and guanxi tainted, you probably need another lifetime to rebuild them.

Coming to China for a work internship programme will allow you to closely observe such traits being practiced by Chinese people. For them it is just the way of life, prevalent in a number of Asian countries.

Unfortunately without a deep understanding of these, you are bound to remain feeling like an outsider when it comes to doing business in China.

A little later on I started picking up names of countries in Chinese; when you are the business of discussing what goes on in other countries, the Chinese usually refer to them in the Chinese language.